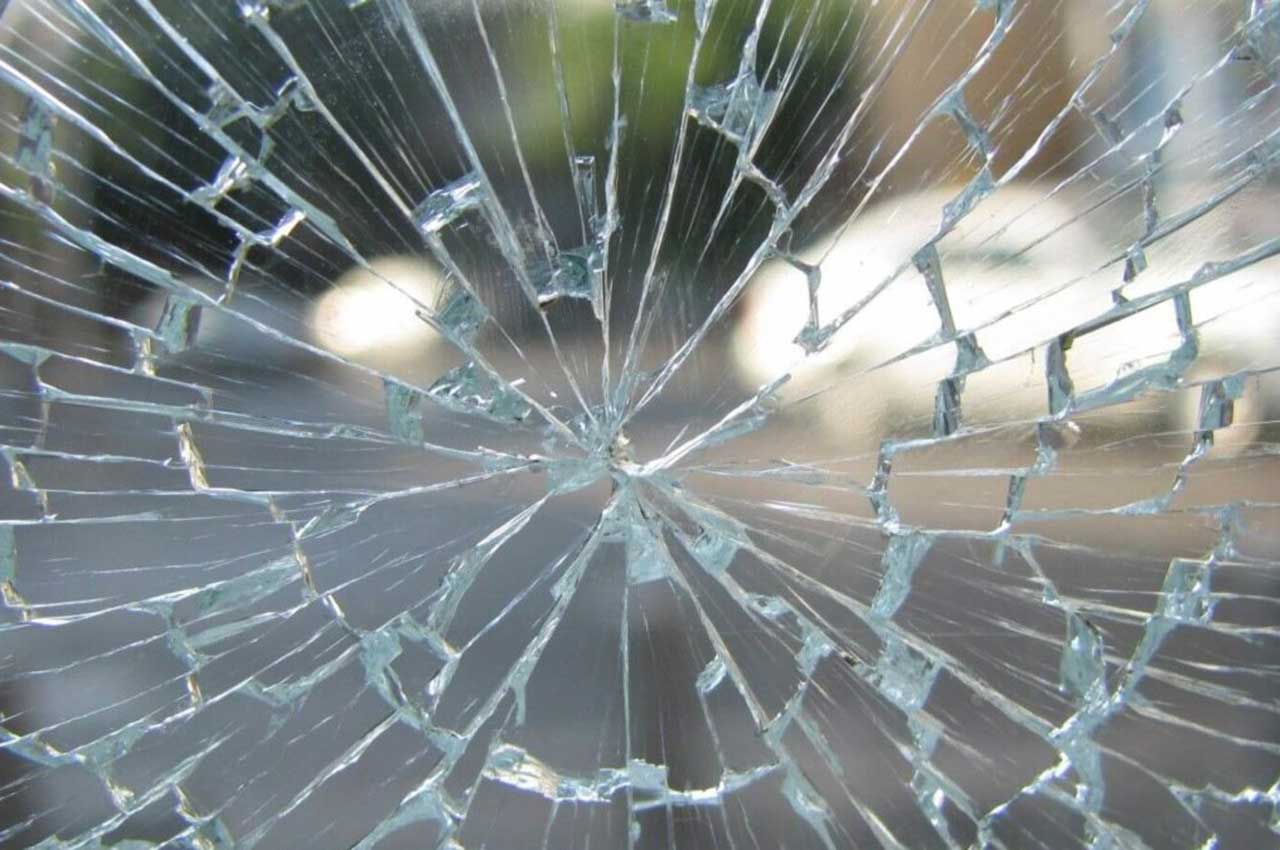 Being one of the biggest and wealthiest cities in the country, Los Angeles, California is no stranger to robberies and invasions.Homeowners throughout the Los Angeles, California area have fears of their home being robbed or damaged by a natural disaster. Security window film is a protective layer of film that is installed directly on the glass itself. It helps hold the glass together in case someone or something hits it. While security window film won’t completely be able to prevent someone from breaking in, it will prolong the time it takes as it strengthens your glass by 2-3 times. In addition to holding glass together, window security film blocks 99% of harmful UVA and UVB rays and even comes in a reflective window film option if you are looking to increase privacy! If you are interested in getting security window film installed to your home in Los Angeles, California, contact Solar Art today for a free window film quote! 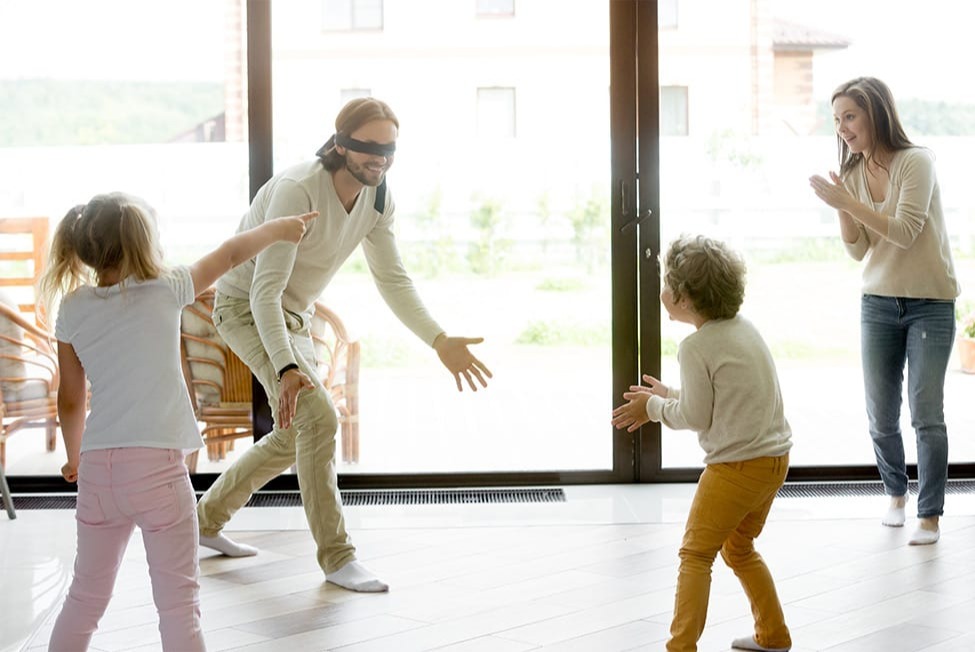 Check out some photo examples of residential security film installations we have completed! 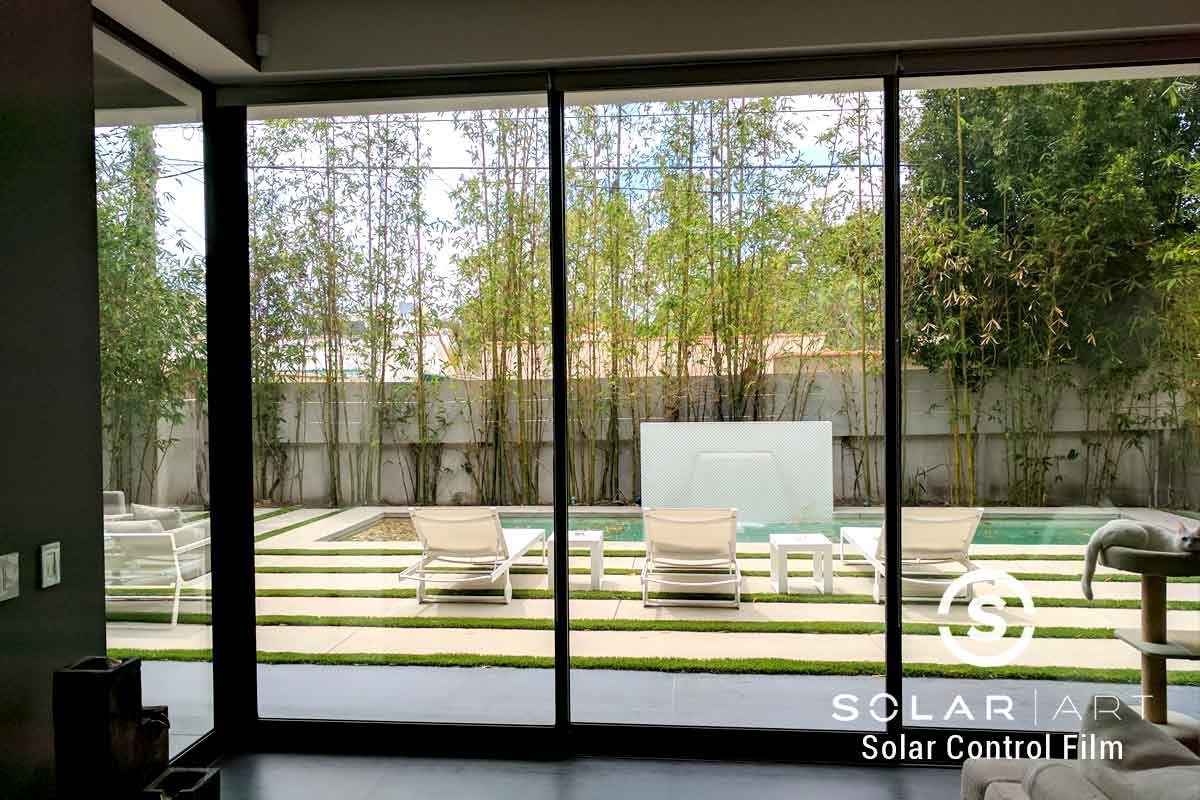 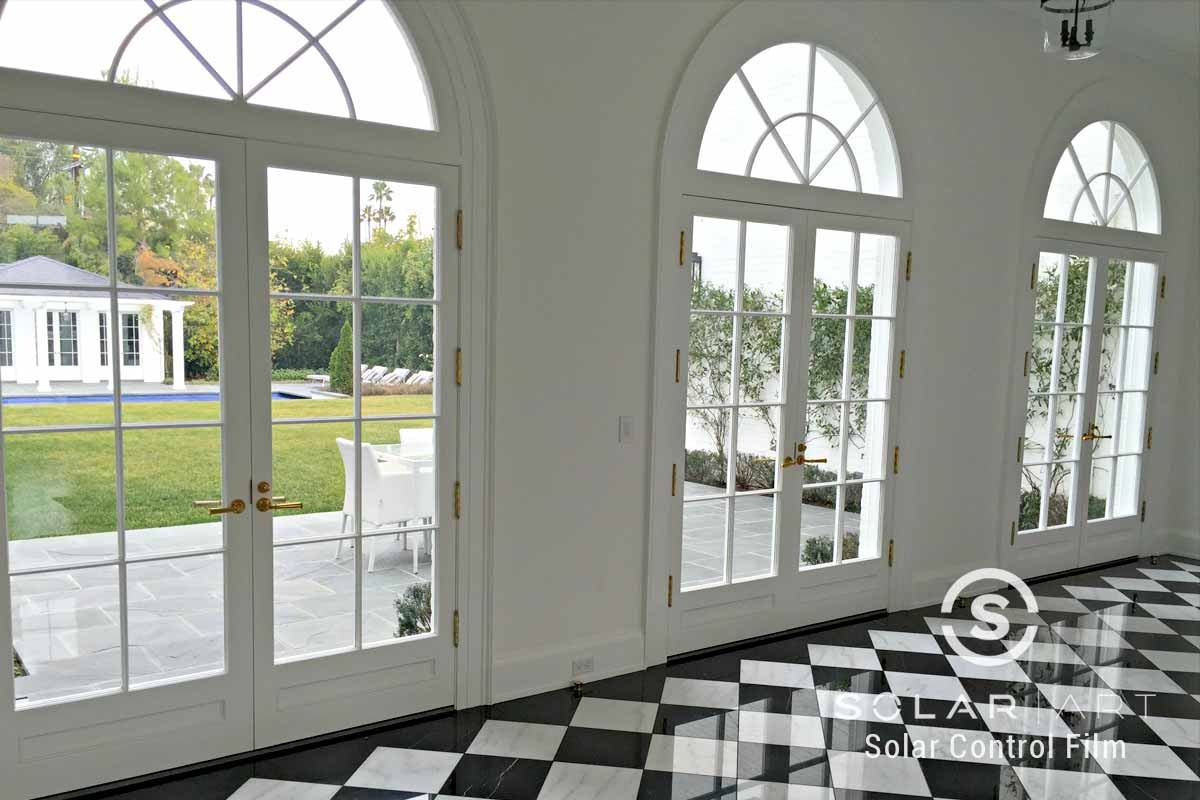 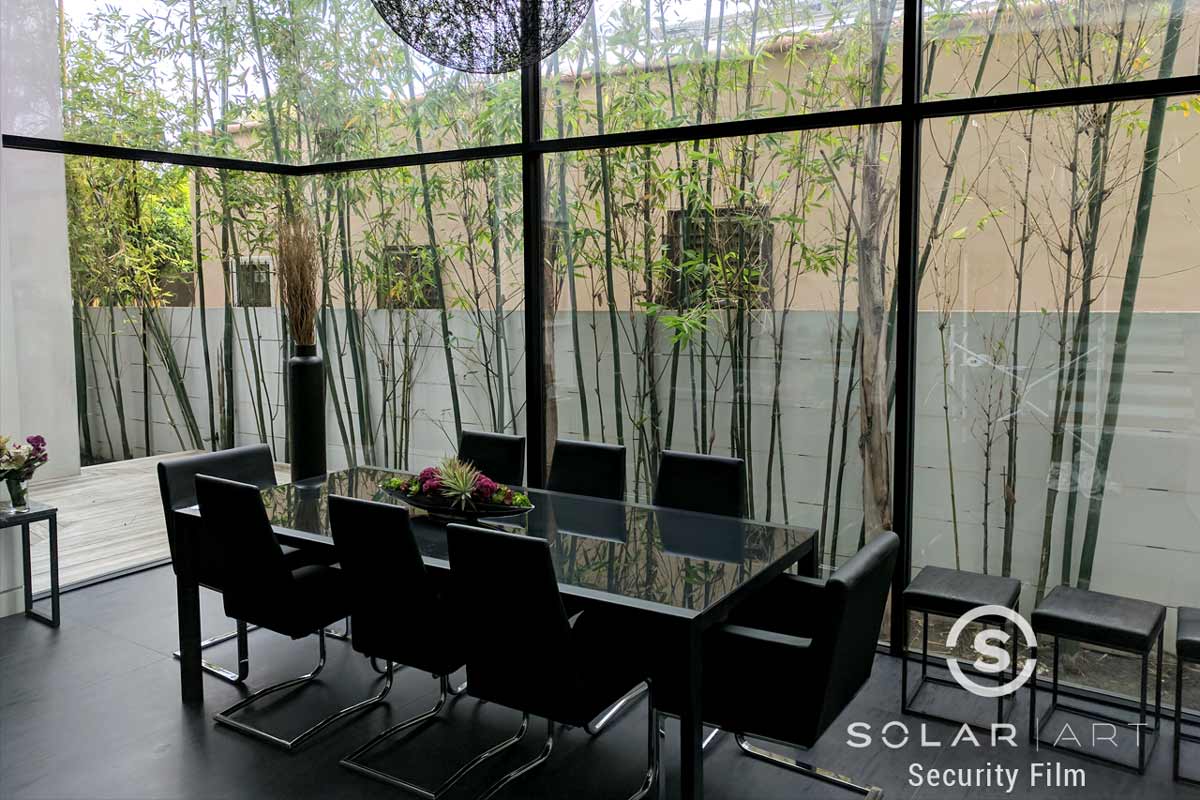