Solar Art will turn your vision into reality. 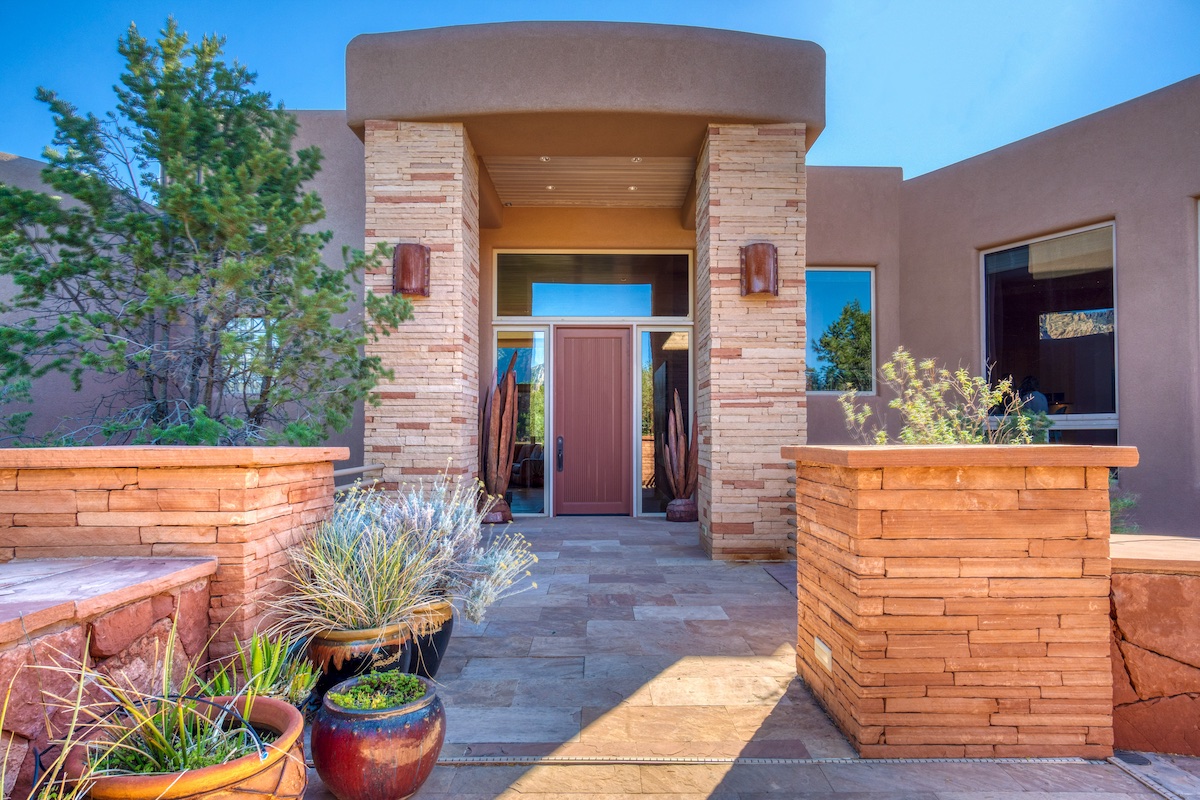 Solar film blocks heat and harmful UV rays from the sun, protecting your home and making it more comfortable for your family. 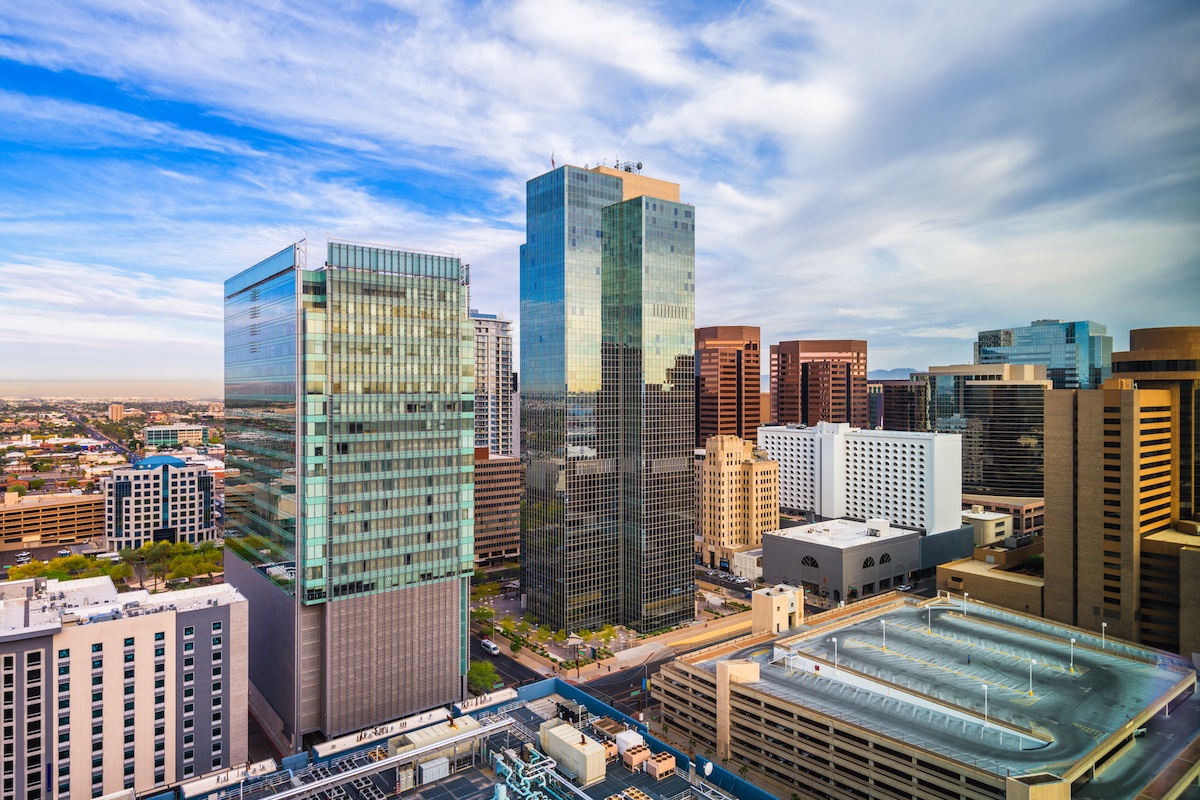 Improve your place of business by making it more private with glass film; keep your space cool and reduce heating costs.

Make your space as comfortable as possible.

Solar Art is a full service window tinting company using solar film for decorative and window security applications, window graphics, wall murals, and building wraps. We are proud of the unmatched customer service that we provide to our clients; in every project, our goal is to help you love the space that you use for work, play, and daily living.

We serve residential and commercial clients in PHX but also travel around the country for bigger commercial projects.

Find Out Why Solar Art Is The Leader

We Offer Many Types of Window Film

"Love the space you live, work, and play in."

Comfort in every home and office

Film that blocks heat makes windows more energy efficient. It will not reduce natural light or block your view. Energy costs go down. Your house or building will be comfortable all day long.

Solar Window Film helps your storefronts, residential and commercial spaces maintain an optimal temperature for maximum comfort any time during the year.

Can be applied to all types of glass from sliding glass doors & french doors to skylights. 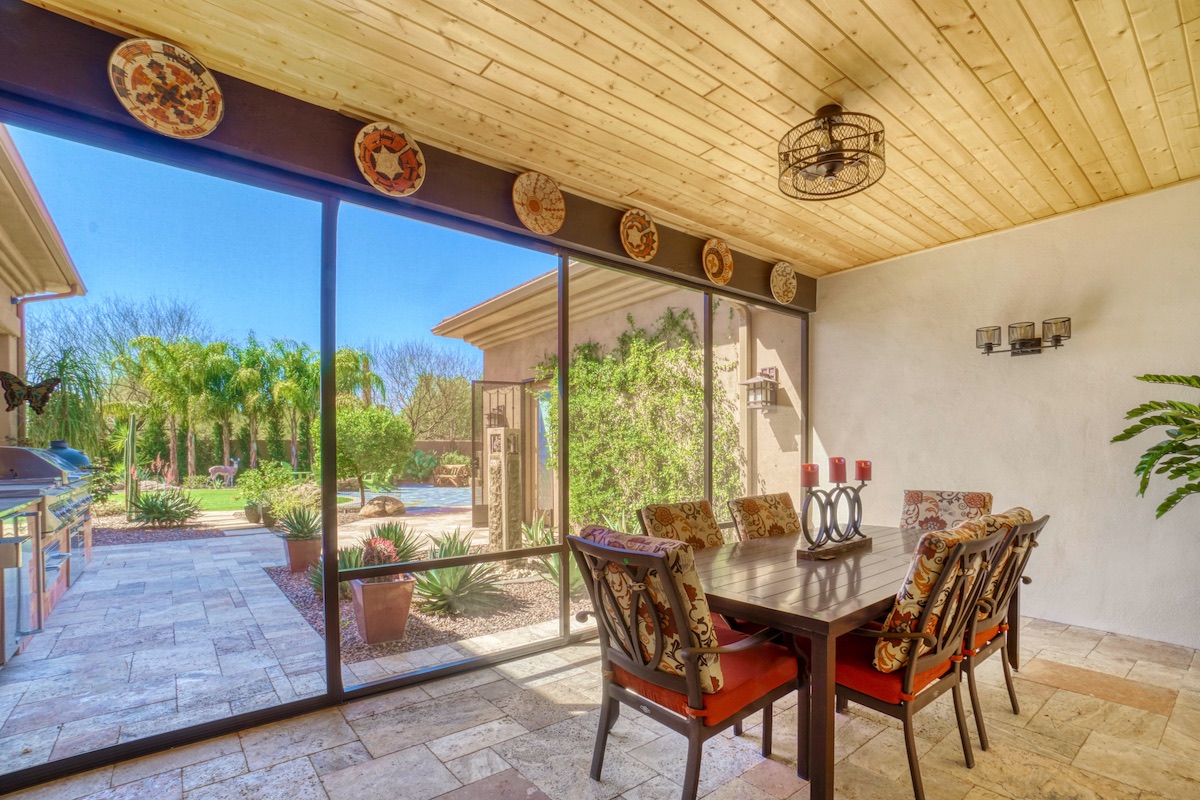 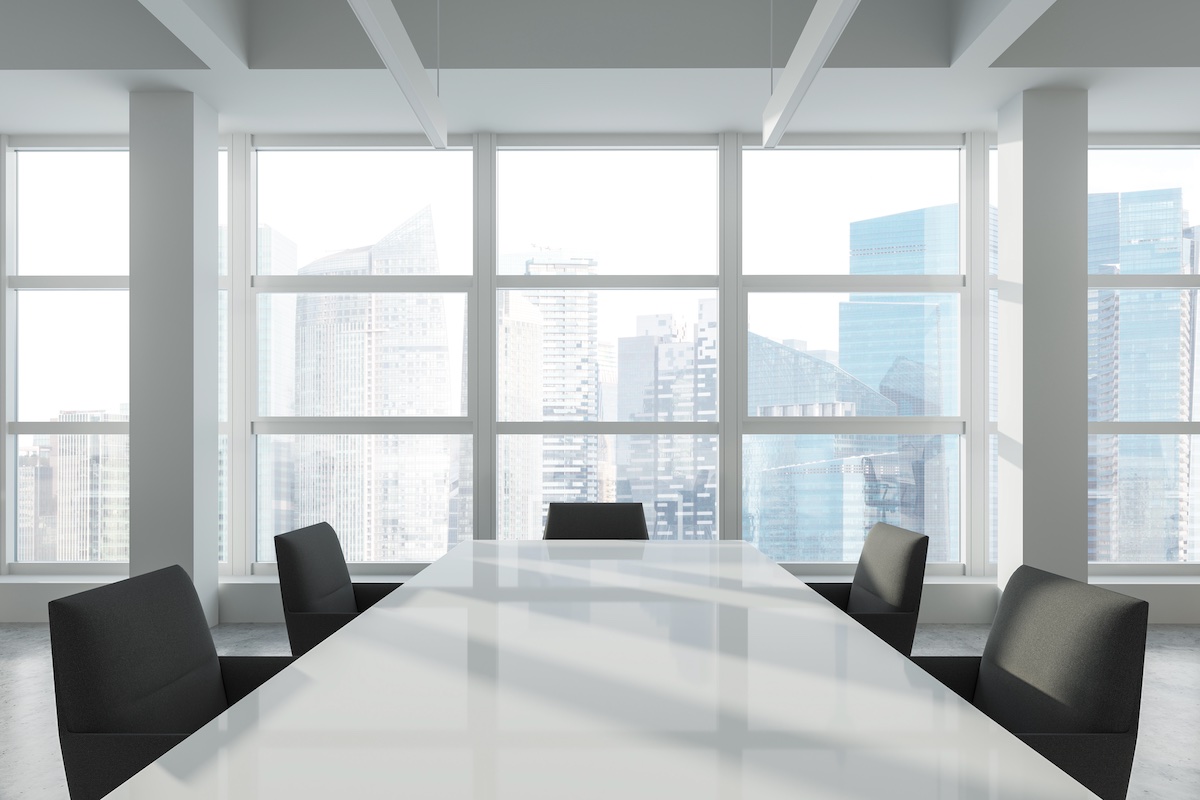 Solar Art offers a broad range of choices in textured decorative film for your home or business such as 1-way mirror film and Casper film. Our in-house team of talented graphics professionals will take your project to a successful completion. 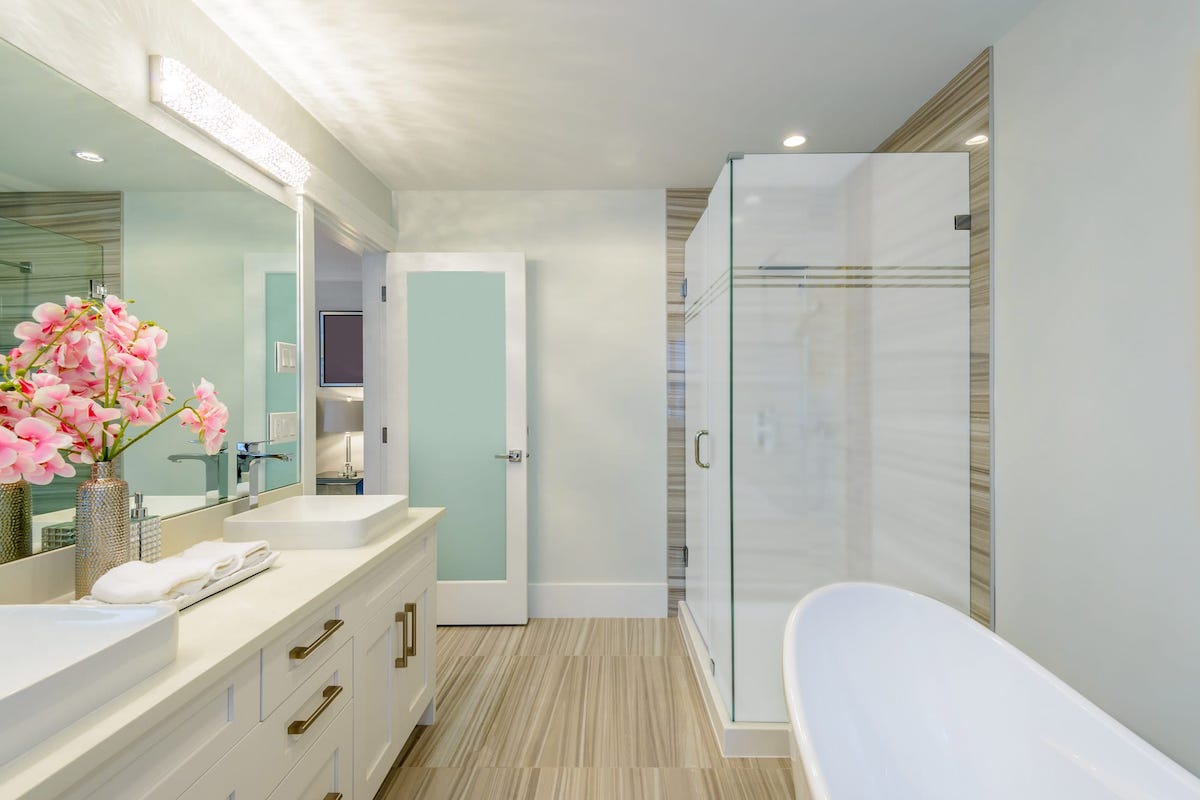 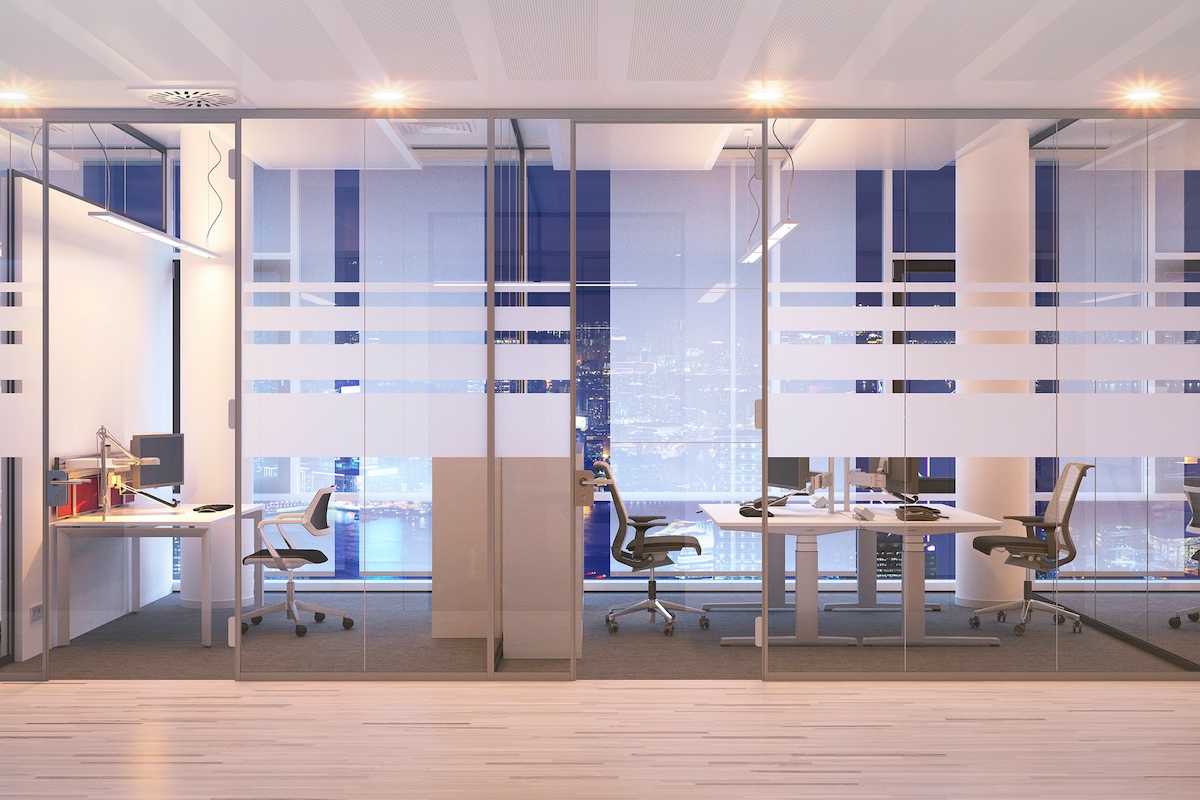 Tough window security film will strengthen your glass and prevent it from being the weakest spot in your security system. Add a layer of reinforcement that will make the glass stronger and keep it from shattering similar to anti-shatter.

Our customers feel safer with the knowledge that even if their windows are struck multiple times, the windows at their home or business will be secure. The benefit of security film is that it makes it more difficult for property intruders to break through. 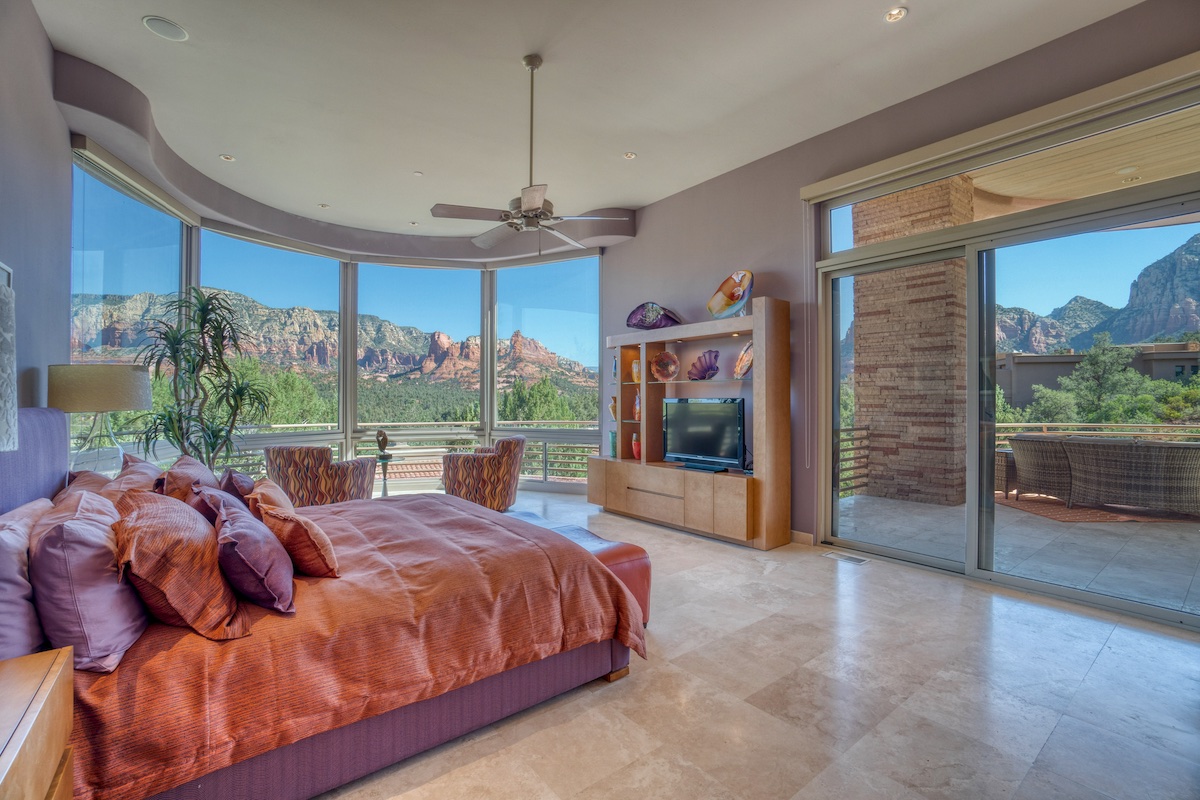 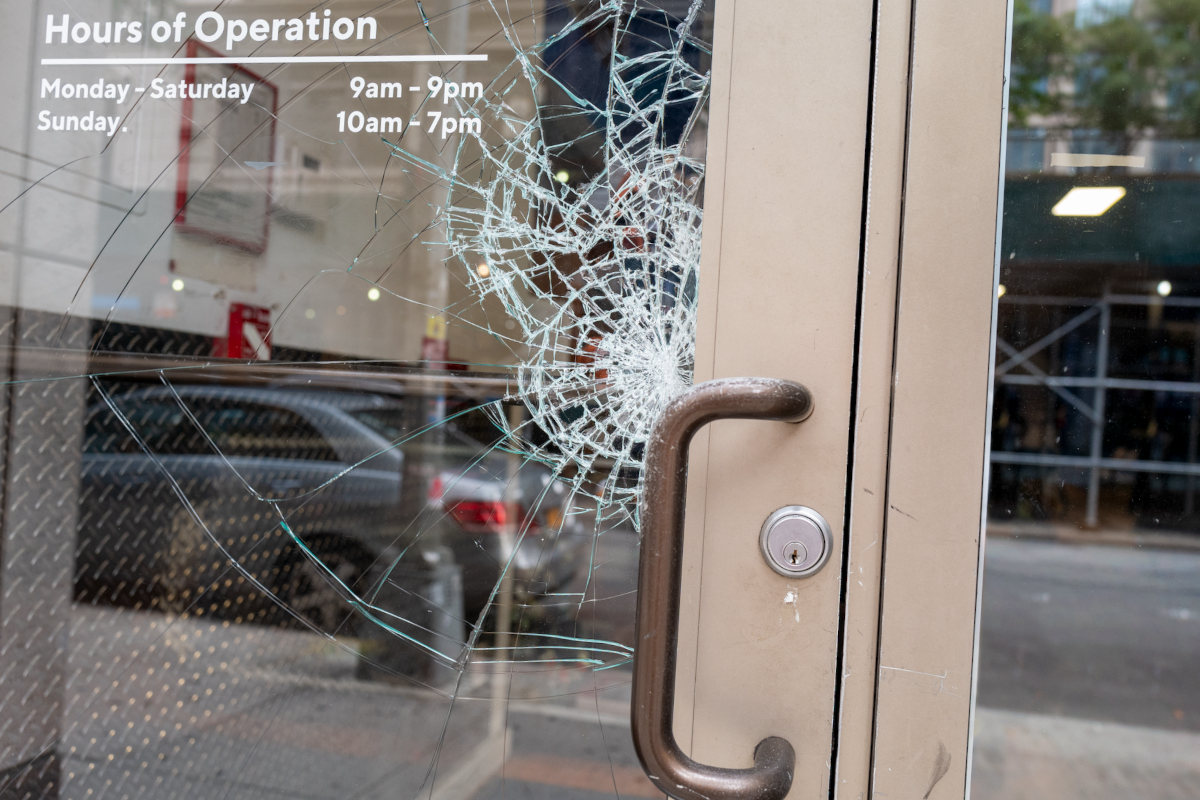 Add custom graphics and bring energy to your space

Use custom wall art indoors or outdoors and inspirational mission statements to make your work space uniquely yours. Decorate your office with custom vinyl wall murals or window clings; it is a modern and convenient approach to office decorating that will not leave any mess or damage behind.

People at work love an environment that is motivating and positive. Our expert team of designers can help you create or improve a design and transform it to what you have envisioned. 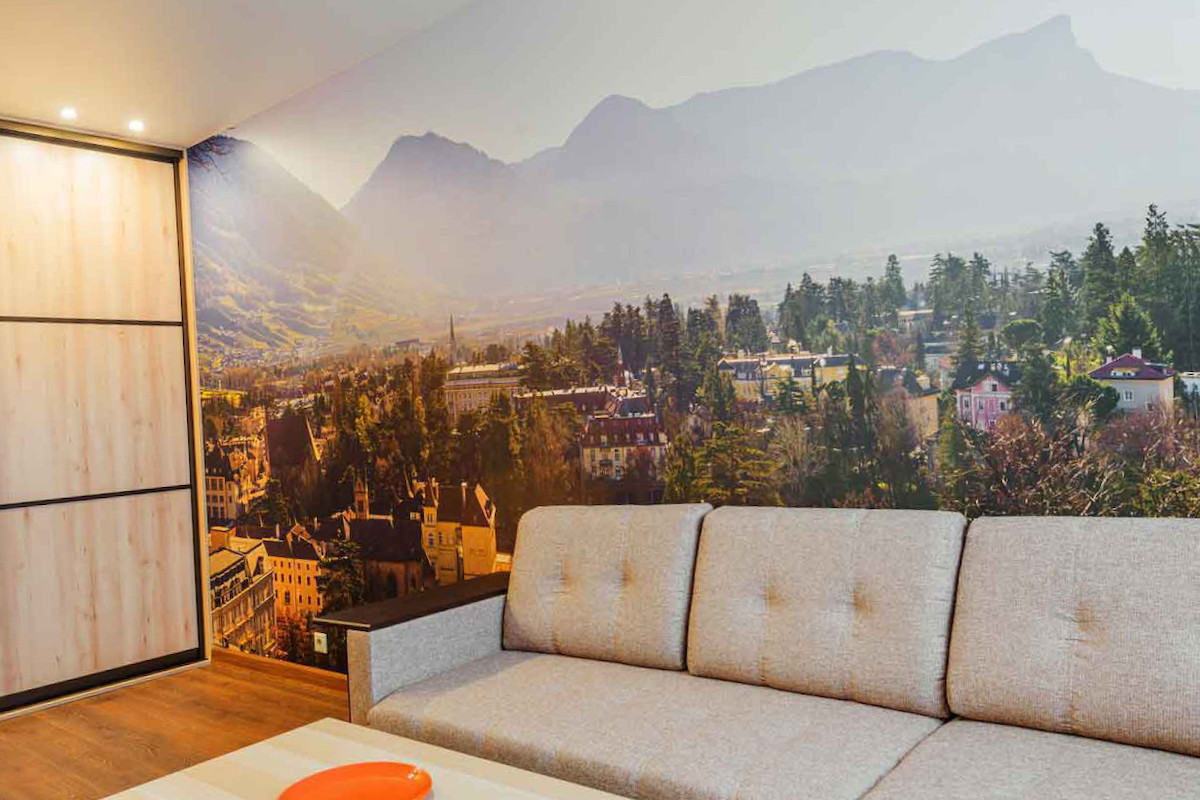 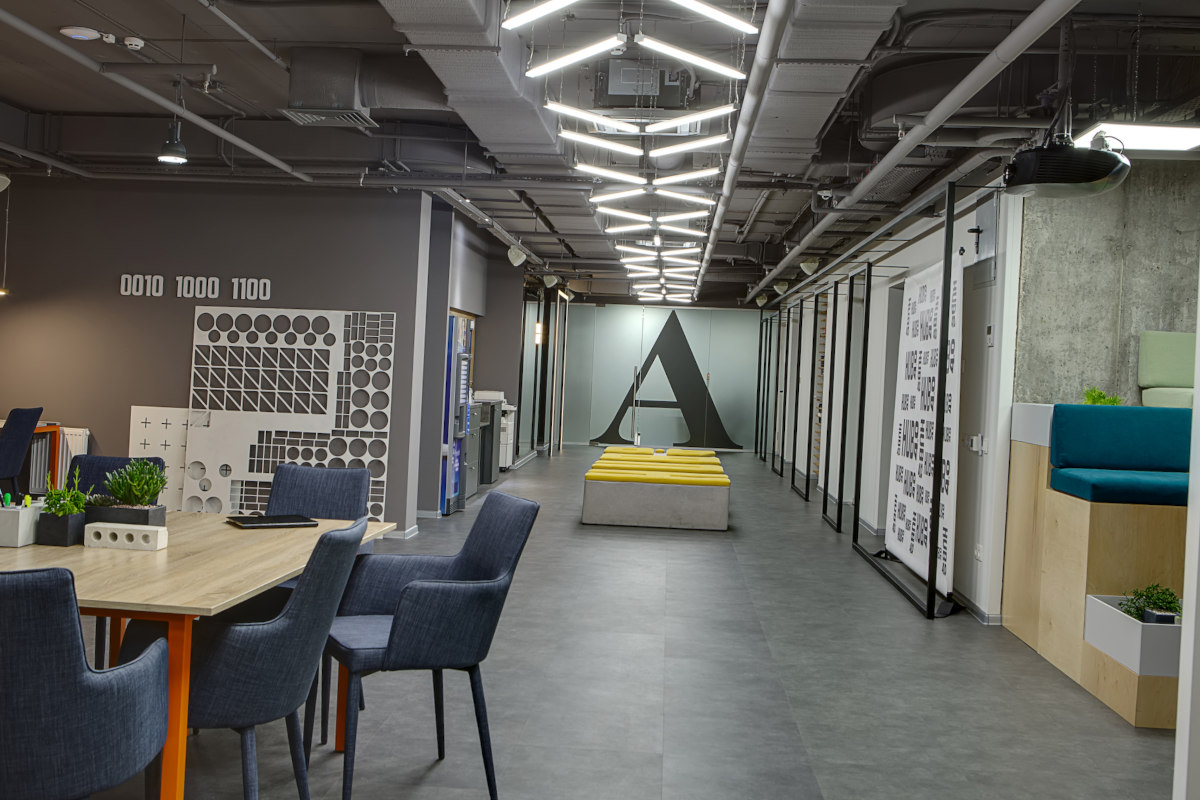 Our film options not only help save money, but they provide you with numerous benefits!

Our team of experts will collaborate with you to develop the most ideal solution for your home or business. Here is what you can gain by tinting your windows at home:

Blocks and reduces the amount of heat and sun coming through your windows by up to 63%. Keep your bedrooms, bathrooms, living rooms, and kitchen comfortable and cool throughout the day and every day.

Window tint cuts down on the glare created by the sun reflecting on the window surfaces, thus helping your eyes feel more comfortable with glare solar reduction. When your eyes feel better, you can accomplish more in the day.

Tinting your windows is the most convenient approach to adding more privacy to your home or office space. One-way reflective film reflects what is around the building so you can see out, but those outside cannot see in.

The sun's UVA and UVB rays can permanently fade surfaces and fabrics, but window tint can reduce the amount of harmful rays coming through the windows by 99% and prevent this fading.

Durable and clear security film can make glass windows stronger and prevent glass from shattering. This additional layer of security will foil the plans of potential intruders.

Protect the environment and save money at the same time. Our films are certified by LEED, which means you qualify for rebates for making your home more energy-efficient.

Join other home and business owners

Solar Art helps transform your vision into a reality. Our customers include homeowners, small business owners, and major corps, like:

Case Studies of Past Projects 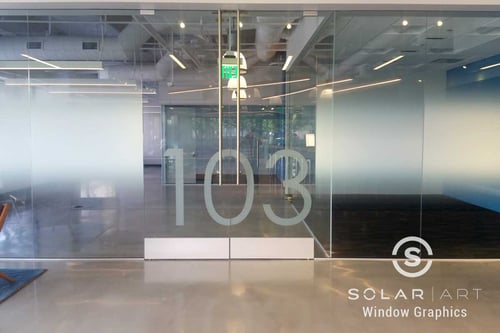 Success stories from our valued clients

Over 620+ reviews and counting

I called upon 3 companies to visit for estimates for privacy window frosting in my office. Solar Art was knowledgeable as well as friendly. Pricing was great and they came out to install the frosted window film in just a couple days. They were so professional and friendly! 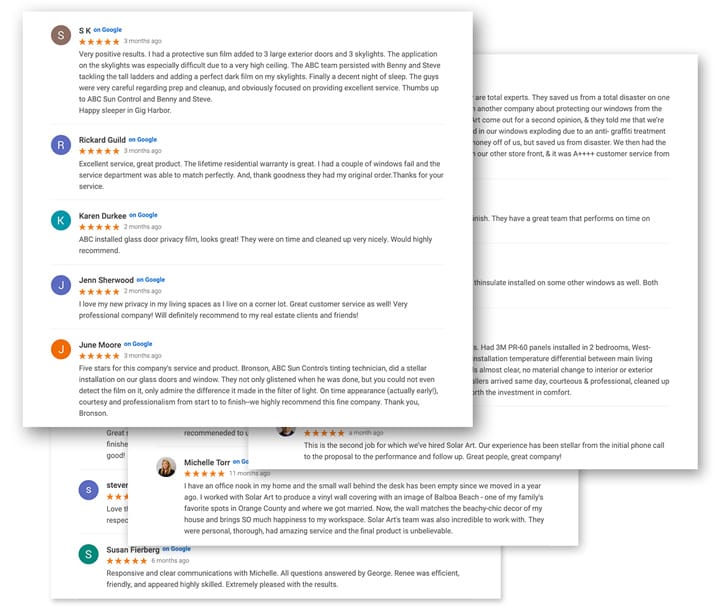 If you have questions about window & glass tinting or window film, find your answers here. Our FAQ section continues to grow as we add more questions and answers that help you learn more about our products.

Read all FAQs
What is the amount of heat that window film can reduce?

Our wide assortment of window films for solar, security, decorative, anti-graffiti, and custom graphics can all reduce heat, but at different levels. Solar film can cut down heat absorbed by your window by 63%. Typically, films that have a darker tint can block out more heat. The exception is ceramic films which are clear to the eye because they don't have any dye or metal; these can also block up to 63% of heat without being dark.

Can film for windows be applied to a TV screen to reduce glare?

Certainly! Solar Art has several types of transparent films that can reduce glare as well as heat, while blocking 99% of the sun's ultraviolet rays. Solar film can decrease up to 62% of light coming through your windows, thus making your TV-watching environment more comfortable to the eyes.

What is the cost of window film?

Prices of window film are different depending on the brand, the level of tint, and the kind of film in the application. We price the project by the square footage of the glass. The average cost of tinting a window can range from $6 per sq.ft. to $18 per sq.ft. You can get a free pricing quote from one of our sales representatives, or speak to our operations manager to discuss your project and pricing.

Do you apply window film on the inside or outside of the window?

For residential and commercial properties, solar and decorative film are installed on the inside of the windows. Most of our tint shop's products are for installation for the interior. However, window tints for the outside of residential and commercial properties are also available. We use exterior film for large commercial buildings or double-pane windows that are easy to get to from the outside. Solar Art also uses exterior film for building wraps. Films made for security or anti-graffiti are also installed on the outside.

What type of warranty do you provide for window film installation?

Every window film manufacturer provides its own warranty. However, the warranties are often similar. The difference lies in the kind of film chosen for the application. For solar films that are installed on the inside of residential homes, these have a limited lifetime warranty. Interior installations for commercial properties carry a 10 to 15 year limited warranty. Films installed on the exterior carry a 5 to 7 year limited warranty. If you have questions about warranties for a particular type of film or what a lifetime limited warranty covers, call and ask one of our Solar Art representatives!

Does the window film ever turn purple?

If the window film does not have any dye, it will not turn purple. The new type of films is constructed with advanced technology that uses metals and ceramic metals rather than dye.

After the film is applied, will it form bubbles?

It is not unusual for newly applied film to form water bubbles when it is still drying. There is no cause for alarm because this is just moisture trapped beneath the film which will evaporate while the film dries and cures. The drying period can be as long as 60 days. You should not press on the bubbles because it will only delay the drying time and might even damage the film.

Window film is made to provide privacy during the day, but not for night time if the interior lights are on. One solution is to use a frosted decorative film to give you some privacy at night, but that will reduce your visibility through the glass if you want to look outside during daytime or nighttime.

Colored window film comes in many shades, and the shade will determine how the film performs. The films from various manufacturers work in a similar way, but the color hues will affect their performance. First, make a decision on whether you want a decorative film or a solar film. Hues of solar films are usually in shades of blue, green, brown, or gray, and they each have different levels of heat blockage. For decorative film, your film choices include black or blackout, white or whiteout, frosted, and many more.

Will the process of installing film make a big mess?

Not at all! Before installation, our crew covers the floors, walls, and furniture with drop cloths so the water and soap solution that we use in the application will not mess up these surfaces. After the installation, we always pick up any debris or adhesive and clean the area thoroughly so it looks like the way it was before the installation. If you are concerned about the how the installation process affects your work area, talk to our operations manager to discuss!

Do you tint plexiglass?

No, we don't apply film to plexiglass. It can cause an "outgassing" effect which leads to bubbling and other imperfections to the window.

We Look Forward to Serving You

Solar Art is proud to serve the over 1.6 million people in the city of PHX. We have acquired the company Metro Tint. Established in 1988, Metro Tint (now Solar Art) is a leader in the Arizona window film industry. We are friendly, professional, and skilled at what we do.

All the information you need: our locations, our products, recent blogs and useful videos. 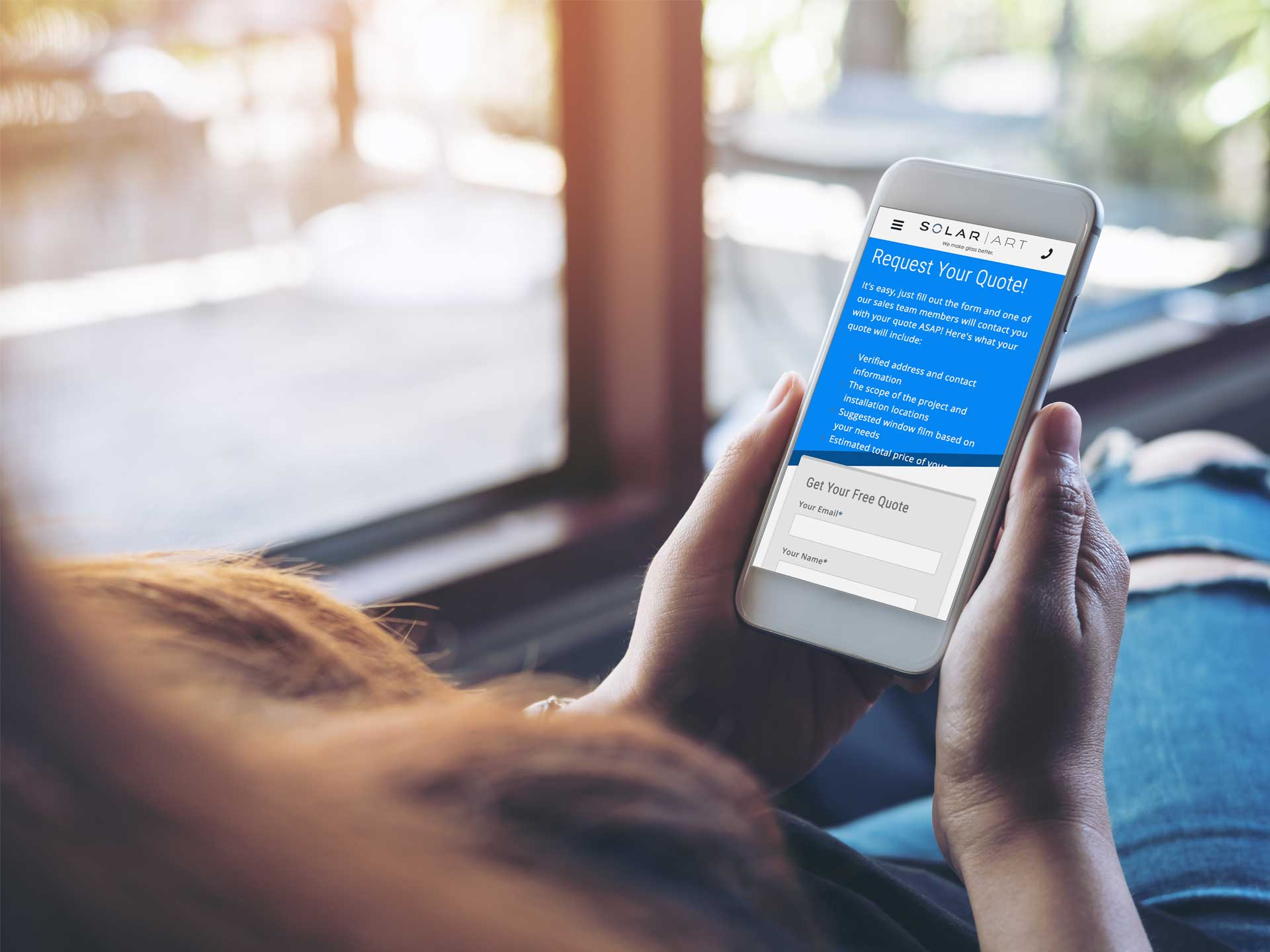 Are you ready to transform your home or office?